Anyone who has followed this blog for a few months or heard[1] me preach more than, say, twice, knows I really enjoy xkcd.com. It is a perfect confluence of nerdy science/math/code humor and nerdy pop subculture references. I only ‘get it’ about 70% of the time, with ~10% failure due to not understanding the science and the other ~20% because I missed the cultural reference.[2] Anyway, just a really good example of how the web created pockets of niche excellence that were not previously sustainable.

So you can imagine my excitement when I came up with an idea for an xkcd comic. It fit the criteria. Nerdy, academic, legitimately amusing[3]. But I was disappointed to learn that he does not accept idea submissions. So here it is. My xkcd submission if xkcd accepted submissions.
The World’s Nerdiest Bike Thief 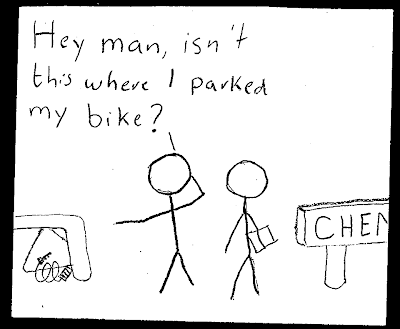 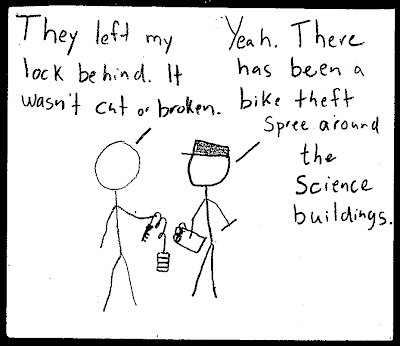 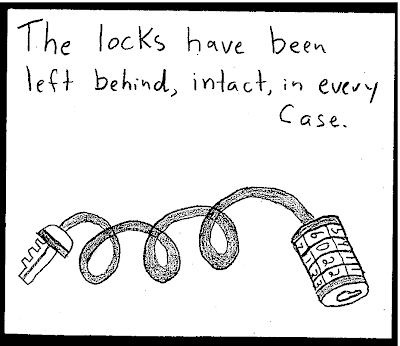 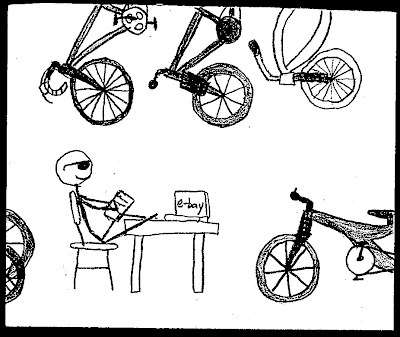 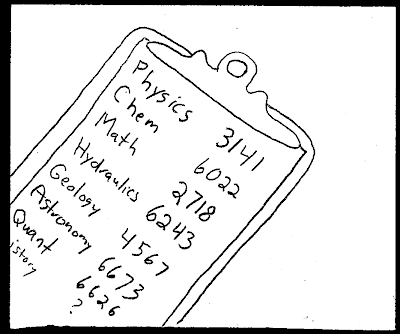 Feel free to propose a tool tip in the comments.
This post was written while listening to The Dear Hunter channel on Pandora.
__________
[1] I suppose hearing me preach would not be enough to appreciate the extent to which I make use of visual gags…but I have thoughts of the homiletic use of visual humor. Offbeat, single pane comics are preferable. Otherwise they take too long to play out. Hence my preference for getting my visual gags at xkcd, toothpastefordinner, or graphjam. I keep a folder of the best of these and review it periodically to see if there is something promising for an upcoming topic.
[2] You can read xkcd for a while before you realize that each one has a second punch line in the form of a ‘tool tip’ (if you hold your cursor over the image). Sometimes this will give a hint to the reference and, suddenly, the comic is hilarious.
[3] It should be noted, that if xkcd was to base a comic on an idea I submitted, I would not hesitate to list it on the 'publications' section of my CV.