The Involuntary Lip Movement of a Careful Listener: Four themes From Barth's Homiletics 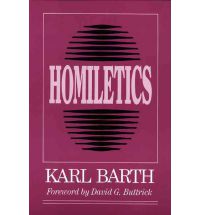 So I read Barth’s[1] book[2] on preaching[3] last year.  But as I tried to choose a Barth Quote for my year end list (which should follow shortly), it became clear that it would not be possible to select one…or three…or ten.  So I organized my favorites, mainly under the headings of 4 themes of the work:
His Thesis: “Two thing call for emphasis.  First, God is the one who works, and second, we humans must try to point to what is said in Scripture.  There is not third thing.”
From this, four themes naturally emerge:
1.   Strong preaching emerges from careful listening to the text…through the mechanism of repeated reading:
“Preaching must be exposition of holy scripture.  I have not to talk about scripture but from it.” (emphasis original)
"The sermon will be like the involuntary lip movement of one who is reading with great care, attention, and surprise."
“Preachers...primarily come before their congregations as themselves hearers...those who by this word have been brought to justice...then there must be courage.”
“First of all, and very decisively, we must read the text...they must listen over and over again, and do so in a very personal repentance and thankfulness before God.  Only in this way can they break through to a free word about scripture.  Only in this way can they perform the gigantic task of expounding scripture.”
“the Word…seeks to seize and disturb and confront the people of today, and in this way to lead them truly to the rest of God, but is buried by the cowardice and disobedience of the preachers.”[4]
“The task of the sermon is to create space for the Word of God, which alone can be the criterion for the length of the sermon.” 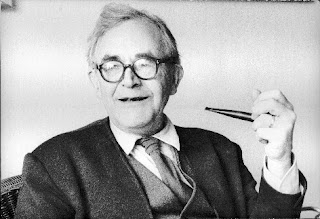 2.   Preaching should be interesting, and that, frankly, takes work (and, at the very least, a written manuscript).
“Preachers must not be boring.[5]  To a large extent the pastor and boredom are synonymous concepts.”
"We run the risk of ruining the language and letting clichés become a regular disease.[6]  The only way to avert this danger is painfully to work on every single word...in the sermon."
“We must be on guard against the simple indolence that can be natural to even the industrious pastor who is always busy...for no industriousness or activity can compensate for indolence at the decisive point…Church boards should show flexibility in giving pastors more time for preaching, for sermon preparation is time consuming labor.   They should also see to it that only sermons that have been diligently prepared be presented from the pulpit.”
“All honor to relevance, but pastors should be good marksmen who aim their guns beyond the hill of relevance.”
“The basic prerequisite in execution is to write the sermon. This condition is so important…preparation word for word and written down.  This alone accords with its dignity.”[7]
3.   “Preaching is an attempt”…it is an act of grace to and through us…which inspires both humility and confidence.
"The task is to pass on the witness to revelation that is entrusted to the church in scripture...We are not God's colleagues."
“Even preaching that is done in faint in God's turning to us has of itself the character of human action that finally falls under the judgment of him before whom no one is righteous.  Preaching is an attempt...”
“A sermon is always the work of sinners who have neither the ability nor the will for it but whom God has commanded to do it.”
“Preachers just as they are, as sinful human creatures, are called upon to expound the text.  Conformity to scripture is not a hood behind which we cannot see preachers...It is as persons that they are called to this task, as these specific people with their own characteristics and histories.” 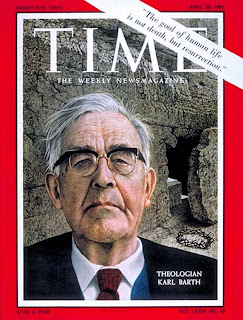 4.   Distrust of “Introductions” and ”Applications”
Finally, there was one big theme that I just didn’t agree with.[8]  But that is part of the value of listening to temporally distant voices…it forces you to ask questions that no one is asking anymore.  Even if you maintain your position, it becomes reflective rather than inherited and often ends up nuanced in important ways that it wasn’t before.
And the bottom line here is that for all of Barth’s insistence that a sermon should be interesting, he has a fundamental distrust of an introduction or application that tries to make a “point of contact” with felt needs or contemporary culture.  In retrospect this isn’t surprising given his famous distrust of general revelation.
Barth’s suspicion of general revelation[9] has always been my biggest beef with his theology.[10]  I am a multi-disciplinary scientist, and therefore a general revelation guy…and also a huge proponent of illustration (my theological defense of illustration is in the first part of “session 5” here http://clpreachingclass2012.blogspot.com/).  But I had never connected these things.  Barth’s assertion that preaching should be interesting through the shear force of carefully crafted language and careful listening to a source material that is fundamentally interesting and polyphonic was helpful.
Other:
3 errors: the recluse, the tyrant and the pleaser
“What kind of preaching is it that receives its prominence from suppression of the sacraments, that cannot refer to the sacraments.”
“Historical information will always be a burden in preaching.  We should refer only to historical aspects only insofar as they belong intrinsically to the witness and the witness cannot be repeated in any other way.”
“the unity of exposition and application can often mean that the finest thoughts that come to us when reading the text must finally be jettisoned.”
“Preaching is a liturgical event.”[11]
“If a summary is needed, it is already too late to give it; the mischief has been done.”
“The Bible will become more and more mysterious to real exegetes.   They will see all the depths and distances.”
“As regards free prayer after the sermon, it is often mere babble…that should not be.”
And Finally:
“Aletheia (truth) ought to happen”
I love this quote because our middle and most complex child is name Aletheia (after the New Testament word Barth is using here - pictured below right during her Jedi training)…and for weeks after reading this, whenever she did something bizarre or surprising by the sheer exertion of her totally unique personhood I would just say “Aletheia ought to happen.” 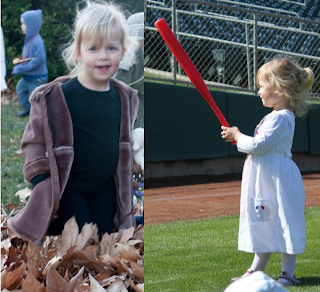 This post was written while listening to the Radical Face Pandora Station
[1] Brief history of the last 200 years of western theology (from memory, so take it for what it’s worth): Karl Barth is generally thought to be the most important theologian of the late 19th and early 20th century.  He grew up and was educated in the classic Liberal theology.

(note: Liberal, capitol L, is a precise descriptor with respect to context, not an emotional adjective wrt my feelings towards it or a political adjective  It describes the theological milieu that rose up in Europe in the 19th century, peaked with Schleiermacher, but still is the dominant way of doing Christianity in (shrinking) mainline denominations).)

But the wars of the early century disabused him of the general post-millennial myth of the inevitability of human progress, and sent him back to the Christian texts.  The resulting movement came to be known as neo-orthodoxy (which should not be confused with fundamentalism, a simultaneous movement in the US, which was more rigid and cantankerous because the debate in the US was more acrimonious on both sides) or even fundamentalism’s better educated, more emotionally healthy younger sibling, evangelicalism.

(Note: It is a little disappointing that most people use fundamentalist and evangelical as synonyms.  Evangelicalism was a movement that provided substantial correctives to fundamentalism.  But I guess it is not surprising that people who use ‘fundamentalist’ to describe Hindus and Muslims that they don’t like (something that I would find deeply offensive if I was of those faiths) would not have a robust enough taxonomy to understand what an evangelical is.)

Neo-Orthodoxy has always related to American Christianity in a strange way.  It is a direct deconstruction of the Liberalism that was dominant in the main line denominations (until the atrophy, which seems to be the inevitable result of that system, made it essentially irrelevant) but it is ‘left’ of evangelicalism in important but counter-intuitive ways.  But most thoughtful evangelicals go through a Barth phase (which my brother thinks is goofy, given that most of us don’t even read the important figures from our own heritage like Warfeild, Mecham, or Carl Henry - by way of illustration, I don't even know how to spell those names).  But i never went through a Barth phase.  Bonhoeffer was my neo-Orthodox brain crush.  This is my first major interaction with primary Barth sources.

[2] It is actually more like a transcript of his class notes…but it’s still great.  And, yes, I am 375 words into my footnotes and 5 words into my post.

[3] I think a lot about preaching for an engineer because I do (link) quite a bit of it and even co-teach (link) a little class on it.

[4] As you may guess, he is not much in favor of “topical preaching” or as he puts it “the serious mistake of blowing mental bubbles…theme preaching, in which…we only too willingly confuse the beautiful thoughts of our self seeking ego with thoughts of the text, which are usually less comfortable and less in keeping with the thinking of the age.”

[5] He argues that careful attention to the text, rather than quickly fitting the text into theological hobby horses* is the most important approach for keeping preaching interesting.  He is not into ‘illustration’ and argues that the reason our preaching is boring is because we haven’t realized how interesting our text is.

*But, lest this be construed as evidence of Liberal novelty hunting, he argues on the NEXT page: “All preachers need a good dogmatics…dogmatic studies…like buoys in the sea mark off the channel…protect us against running aground through ignorance or negligence.”  Which is a very Augustinian idea.

[6] “We can never do enough to cultivate the organ of speech.  There is a process of grinding language down which results in our repeating ourselves – using set phrases for certain things.  But this leads to people missing what we are saying…repetition always robs the content of its force.  Shallow reading and newspaper jargon are a danger…” Note, this is another place where I cautiously disagree.  I am between Luther and Barth on this, that language should be carefully and freshly thoughtful and as sublime as possible, but also needs to be entirely accessible and surprisingly colloquial.

[7] “If it is true in general that we must give an account of every idle word, we must do so especially in our preaching.”

[8] So I’m not reproducing it in quotes…because I didn’t underline them or annotate them with my ‘hierarchy of exclamation points’ system.  But rest assured, the quotes are as knowingly bombastic and delightfully cutting as those reproduced above.

[10] He claims that ‘universalism’ is a misreading of his dogmatics and I’m not sure his theology of Scripture is as different from the Chicago counsel as some contend…but mostly because I just don’t know Barth.