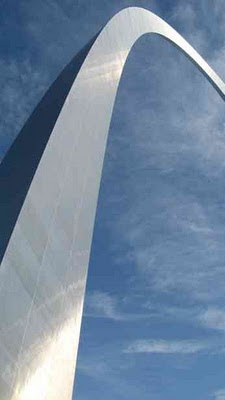 I have a friend who works with a Christian wilderness adventure outfit. They pitch their service as: allowing youth to experience God through his creation. I, myself, used to lead faith based wilderness adventure trips and see it as a hugely valuable service…and have pitched it a similar way myself. However, there is something in that language that I have come to see as a little incomplete. It seems to be a limited view of creation. I have come to believe that ‘God’s creation’ can and should be experienced with the same wonder and joy in urban[1] as well as wilderness environments. There is a sense in which the wilderness gives us a special insight into the playful, severe, aesthetic and equilibrium nature of God’s making. However, in creating humans in his image, as co-creators themselves, the best of our human makings must be seen as part of his creation. It has often been noted that the Bible begins in a garden and ends in a city. While there are huge stewardship responsibilities that come with our role as co-creators (a process that is ravaged, like all human activities, by the scars of our falleness) human creativity is part of God’s plan for the dynamic and unfolding wonder of his creation.

All of this is to say…I love to visit new cities. One of the great privileges of my job is the opportunity to visit several cities per year. I usually pass my limited free time on these trips simply walking around and taking in the startling sense of newness of place. And, seeing as I have trouble getting blog posts off from the road, I thought I’d start a running series[2] about wandering around our nation’s great cities.[3]

This week, I am in St Louis.[4] It was my first time and I didn’t know what to expect. What I found was a River Town that seemed to have elements of a Midwest City and elements of a Southern City.

I spent the three evenings exploring the main drag between the water front and the main park.[5]

Downtown seemed cohesive and well planned. It radiates logically from the waterfront more than most cities…primarily because of the arch. 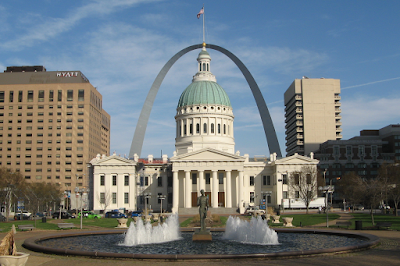 The Arch serves as a center of gravity and gives the whole town such an overwhelming sense of place and situatedness that you never fail to recognize that you are in St Louis. It is more than a land mark. 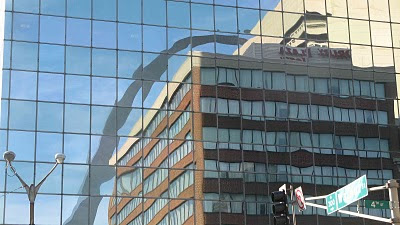 The river was right at ‘flood stage’ and came right up to the edge of the water front. 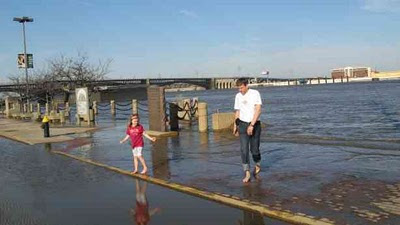 This part of St Louis punctuated with more art than most cities. 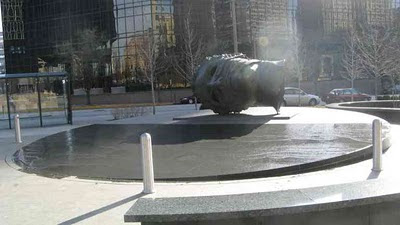 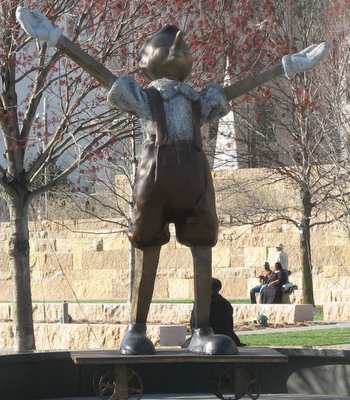 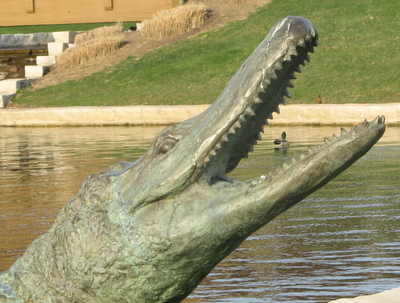 About a mile in from the river is the old Union Station train depot. This has been converted to a Marriott (where I stayed) and a remarkable covered plaza in an excellent case of urban renewal and reuse. 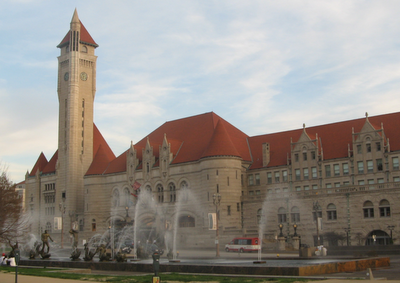 Saint Louis University (referred to simply as SLO around here) extends for several blocks between Union Station and Forest Park. 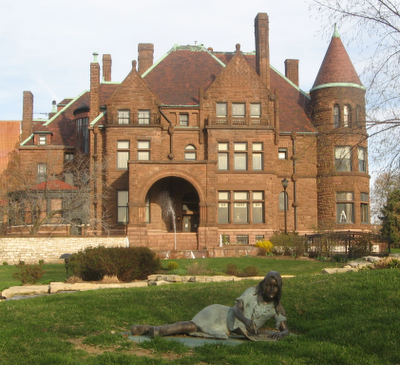 I found a great pizza shop there. 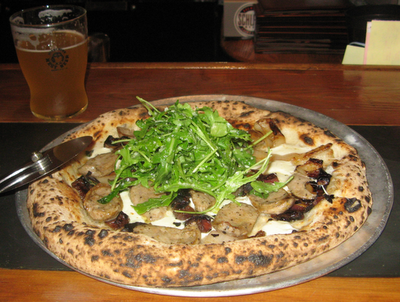 The trees were in bloom: 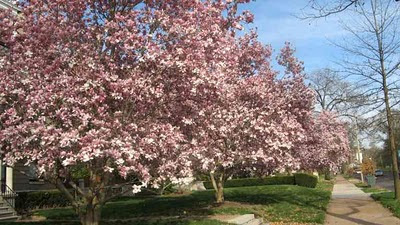 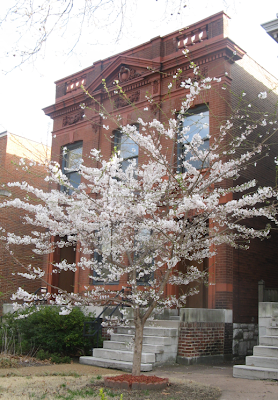 And then there was this?

Finally, Forest Park is one of the largest urban parks in the united states…bigger than Central Park. But the highlight was the zoo. It was a remarkable and well planned zoo. An excellent reptile house and an amazing array of primates. This zoo had a number of animals I had not only never seen before, but had never heard of before. Like the Malasian Sun Bear (samallest bear speices that lives in tropical forests has feet that point in as it walks and enourmous sharp claws). In the picture they are extremely intrigued by a girl with a bubble wand. The Malasian sun-bears were waddling bundles of wonder. 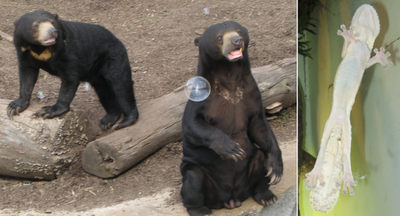 In addition, my ecology training is already changing the way I see things.[6] I am enjoying it far more than I thought I would. The main reason is that at the heart of ecology are a number of fantastic riddles. Why do predators exist instead of eating all the prey and then dying themselves? Why do competitors co-exist instead of the fitter competitor just winning? But the ones I find particularly fascinating have to do with biogeography. Why do certain animals live where they live, with the other species that live there, but don’t live where they don’t live? It turns out to be far more complex and intoxicating than it sounds. Anyway, I found myself drawn in by the range maps that accompanied the animals.

But the highlight was the hippos. Now, I love hippos, but I’ve seen them before. I’ve even seen them in the wild. They had no right to be the highlight in a zoo so populated with new and wonderful animals. But the habitat built for them was increadible. Not only was it spacious and part of a well designed ‘on the river’ ecosystem themed trail…but it was set up like an aquarium.[7] You could watch them swim. I had no idea hippos were so graceful. 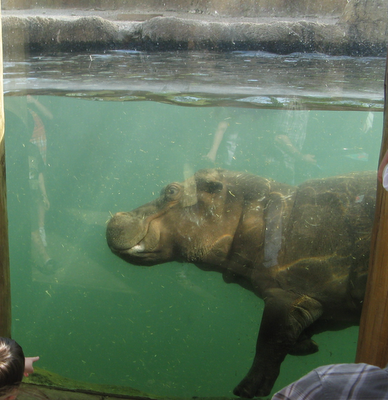 So, that was my experience of St Louis. Great town. Next stop: Portland in June. 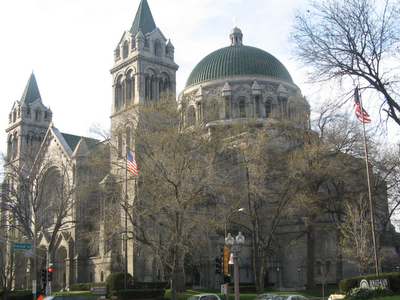 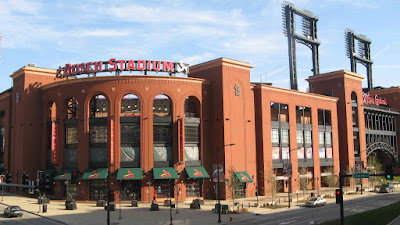 ______________
[1] And, I suspect, Noah could make a similar argument for agricultural makings as well.
[2] That will mostly be photo posts.
[3] Also I was supposed to go to Turkmenistan last week. I was looking forward to keeping another travel blog. The trip got canceled 28 hours before I was supposed to leave. But then I realized that the American urban centers I get to visit are just as rich with wonder and a sense of place as the overseas travel I do from time to time. So I thought I’d blog about it.
[4] My work objectives in St Louis were of a sensitive nature, so I won’t be talking about them. But two things are deffinately 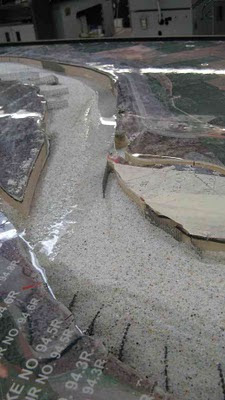 worth sharing. i) I got to see the ‘micro modeling center.’ Micro models are table top physical approximations of how sediment moves in large river systems. They are very controversial. But one thing isn’t controversial about them. They are cool.
ii) I was elected to be on the ‘River Engineering and Restoration’ committee (a group of 6 to 10 experts) that visit controversial or troublesome Federal sediment sites and offer recommendations. It was an honor and I am still not quite sure how it went down. But it makes me the youngest member of the committee by about 20 years. This is typical of the community of Federal scientists. The hiring freeze during the 1980’s and 1990’s has left my agency without people in their late 30’s and 40’s. Retirements have left opportunities open that should not be available to someone my age throughout my career. But it puts more burden on me to develop technical competence in advance of my age. 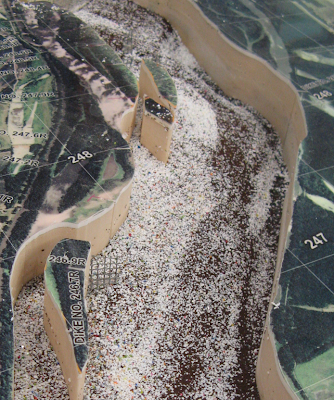 [5] I recognize that this is not representative of the whole city. It is the tourist, recreational, educational center of the city. St Louis has plenty of urban blight as well as lots of neighborhoods and niches that have their own sense of place and situatedness. I saw one church with Croatian language services. But this is what I had time to see.
[6] I have only taken pre-recs to date, but was accepted into the program last week.
[7] I do not even want to think about the poor mechanical engineer who had to compute the dynamic load of a swimming hippo in order to size the plexiglass.

Fantastic post..you managed to simultanesouly engage my interest as an urban planner, naturalist, and fan of exploring new cities. I liked your take on cities being part of creation.) While I don't think it directly applicable, I couldn't help but think of Spirn's piece on "The City as 'Infernal Machine'" and it made me chuckle.

I am right there with you on exploring neww cities though. I really wish my work sent me to more far flung locales, because for me, the best part of any trip is when the day is done and I can wander through a new place.

I'm looking forward to further installments in the series! (especially with such fantastic pics...)

Oh, and as per the optimist club, you had the same reaction I did when I first encountered them. I gave a speech at one of their meetings. Apparently it's pretty much literally what it sounds like, except they're essentially a child-oriented community service organization.

I wanted to join, but I didn't think it would work out...(rimshot).

I have to agree with the fantasticness of this post. Urban exploration is my favorite kind of exploration, and now I want to go visit St. Louis.

Thanks guys. I have to say that it is a little intimidating doing a photo post knowing that photographers as accomplished as the two of you stop by.

Your posts tend to remind me of things I am working on in my head--this time it is the idea of where nature is located. One of my favorite trends in eco-critical theory (a literary theory) is the newer waves of thinking that remind us that where we live is an eco-system, too--that it isn't just "nature" that is "out there," but that we are "nature" as well. My favorite authors, who are oldies but goodies in this field, are William Cronon and Leo Marx. I read them for fun sometimes, but right now I am re-reading them for some James Fenimore Cooper readings.

And the zoo is FREE!!!!
(I find that most amazing of all)