How many words is a picture worth…I mean, actually?

Note: We are teaching Revelation this summer.  My talk tonight had a classic double-introduction.[1]  So I cut one and put it here.  If you want to read/hear the surviving intro (it’s about Mantis Shrimp) the talks should end up on my MP3 page by the end of the week.
___________
So, how many words is a picture really worth?
It turns out I have had to do that math.  I recently published a paper in the Journal of Geotechnical Engineering that could only be 4 pages.  Which meant every word counted.  So to fit into 4 pages all the figures had to be converted into ‘word equivalents’.  My figures ran between 300 and 800 word equivalents.  And some were worth it and some weren’t.  It turns out, that sometimes, a picture isn’t worth 1000 words…or even 400.  As I looked over it, I figured the median[2] picture is worth approximately 550 words.
But we have this sense that pictures are just way better than words.  That images are information dense to the point that words are almost obsolete.  We are a culture of image.  We have mostly replaced words with image in our entertainment and work…and if SnapChat is any indication in our communication.
But the Hebrew Scriptures are suspicious of images to communicate anything fundamental about God.   In fact, one of the “big 10” guidelines about living life well…right there with ‘don’t kill’ and ‘don’t sleep with your buddy’s wife…actually, don’t even think about sleeping with your buddy’s wife’ and other very practical instructions about how to avoid violence to yourself and others and build a stable community of cooperating humans…there is an admonition to beware of using images to depict God.  It almost seems out of place.  It is a little incongruous.  A Decalogue non- sequitur.
And why is that?
Well, when reality transcends the vividness of sight an image just doesn’t provide enough information density to convey reality.  Sight is the most vivid sense, but it does not set the ceiling on the vividness of reality.  There is a classic quote from a medieval church father that ‘mystery is not a deficit of intelligibility but a surplus’.  If Revelation chapter 1 is any indication, the Scriptural caution about image as a medium to talk about God is along these lines.  It is an issue of beauty that exceeds the capacity of image.[3]  Revelation 1 exists to help rehabilitate our imaginations which have grown lazy from neglect or misuse…and reclaim them as a tool to penetrate reality that is too information dense for an image.
This post was written while listening to the “Sons and Daughters”[4] Pandora Station


[1] I love introductions so much that I usually write two of them.  In this case I had 4 and moved 2 of them to mid-talk illustrations.  This might explain a little of my difference with the venerable Dr Barth…
[2] Choosing the median skews the results low, because there was 1 figure that basically summarized the whole finding (pictured below).  If I want to give a 3 minute ‘elevator pitch’ of our findings, I’d show and explain that figure…it was worth thousands of words…and about 500 hours. 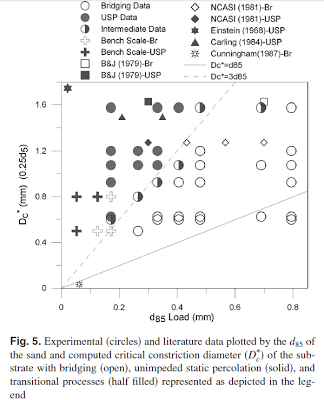 [3] Or hologram.  I mean, that’s what you were thinking right?
[4] Anyone who has read this blog can probably guess that I find ‘worship music’ as a genre to be awkward and tragically artless.  But while I love great ‘secular’ art and get most of my musical content from those sources…sometimes I just find Christocentric art* refreshing and ennobling even if the quality is uneven.  The Sons and Daughters Pandora station has decreased in quality as they have become more popular (algorithm creep) but still has the highest median artfulness of the genre that I can find.
*Note: There is a difference between ‘Christian art’ and ‘Christocentric art’ in that one refers to who does it and the latter is a description of the topical content.  The latter does not go through a 'niche bottleneck' that regulates qualtiy disadvantagoulsy.

I get the sense that your summary image conveys a lot of great information... I'm just not sure what.
I must find time soon to trap you in an elevator for 3 minutes.